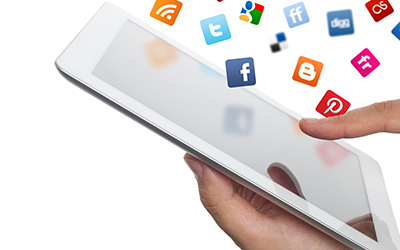 Facebook is a highly effective channel for your dental practice marketing, allowing you to create custom audiences and market multi-media to those audiences. The scheduling functionality ensures that even if you don’t have a marketing or social manager, you can communicate consistently with your target audience. To help you maximize your presence and make your practice as “likeable” as possible we’ve put together an essential list of dos and don’ts…

Do Remember That Humility Has Its Place

While you should use Facebook to let your audience know what you’re best at, it’s also a good idea to do so humbly. How do you do that? Well, rather than singing your own praises, allow others to do it for you. Encourage your patients to share their experiences, in their own words, and then share them on your page.

Do Show the Lighter Side of Your Practice

Your qualifications and accolades play an important role in demonstrating your professionalism, but sometimes it’s a good idea to show the fun things that go on behind the scenes. Take photos of a staff baby shower or document your year-end party. Patients appreciate your professionalism but they want to know you’re human too.

Remember that users are inundated with posts and pictures whenever they scroll through their feeds. If you want your content to be seen and responded to, it’s worthwhile trying out boosted posts.

At some point, you will also want to grow your audience as well. Facebook advertising allows you to hone in on potential patients within a close radius and target those who are geographically close to you.

Do Ask for Opinions

A portion of your content should be self-promotional but it should still listen to the views of your audience. Ask for their opinions; specifically, ask the question “would you”? Statistics show that a question has a greater chance of being answered if it is placed at the end of the post, rather than at the beginning.

Don’t Forget to Check Your Page

Scheduling posts and running ad campaigns are convenient and automated, so much so that you may forget to log on. This is important because you want to reply to messages and comments as quickly as possible. Remember that Facebook will reward you with a prompt response badge if you can reply to 90% of your messages in less than 15 minutes.

Don’t Only Stick to Business Hours

Yes, it is true that lots of users spend hours on Facebook in the office, but there’s also a fair amount of activity going on after hours too. Experiment with posts after hours or first thing in the morning; you may very well tap into new markets.

Headlines may grab your attention and overwhelm you with the impulse to share a piece of content but don’t do so until you have read it in its entirety. Make sure it’s something your dental practice wants to be associated with and that it will only receive positive feedback.