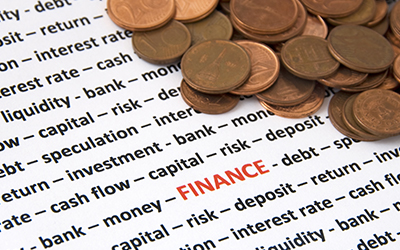 By Brannon Moncrief and David McLerran of McLerran & Associates

Earlier this year, we met with Dr. V, who is a couple of years away from retirement and wanted to discuss the value of his practice in addition to potential dental transition strategies. He had heard from various “experts” that dental practices are worth approximately 70% of their previous year’s gross revenue. While this “rule of thumb” sometimes holds true, there are many other factors that influence market value, with the most significant factor being profitability. When we brought up the tremendous impact that overhead and cash flow have on dental practice value, Dr. V’s positive demeanor begin to change into one of concern.

Dr. V went on to explain that, while his practice’s gross revenue had been steadily increasing, his net income had not followed the same trend. After examining his practice financials for the past few years, it quickly became apparent that several overhead expenses were much higher than industry standards. This was particularly obvious in his lab expenses, which were running at 14% of gross income as compared to the industry norm of 8-10%, and dental supply costs, which stood at 10% of gross revenue as opposed to the normal range of 5-6%.

Dr. V related the inflated lab expenses to the fact that he did a large amount of crown and bridge work, but our investigation revealed that the true culprit was a high lab cost per unit. Dr. V went on to reveal that his lab technician is a close friend and he had not shopped around in years. By using a more competitive price per unit (without sacrificing quality), we calculated that Dr. V could easily reduce his lab expenses to approximately 8% of gross income, a savings of over $24,000 per year.

We also found that the assistant who ordered dental supplies for the office had developed a close relationship with one of the supply representatives and was not competitively shopping for the best buys. After reassigning this task to another person, the supply expense immediately dropped to a more acceptable level of 6 % of gross revenue, reducing overhead by an additional $16,000 per year.

From this experience, Dr. V learned that his profit and loss statement can serve as a valuable tool to compare his expense levels to industry norms, identify problem areas, and make changes that will lead to increased net income and practice value. He also realized that while gross income certainly influences market value, the net income generated from those revenues has a much greater impact and plays a far greater role in gauging the health of an office. Through making a couple of minor changes, Dr. V increased the profitability of his office by 10% or $40,000, which made a huge difference in his quality of life as well as the value and marketability of his dental practice. That marketability can be achieved and applied to all dental practices for sale, thus increasing their value.

We understand that dentists are busy people and don’t typically enjoy spending a great deal of time analyzing numbers or pouring over income/expense statements. Therefore, we suggest that doctors simply become familiar with the normal range for major overhead expenses (dental supplies, lab, staff, etc.) so that they can quickly notice if something is out of line and move to correct the problem, thus making their time and their dental practice more valuable.